San Francisco Bay Area native Jennara Santurio has worked in gastronomy for over 10 years. In 2006, she completed her studies with Le Cordon Bleu Baking and Pastry program in San Francisco and went on to hone her skills training in 5-star hotels and Michelin-starred restaurants with some of the Bay Area's most world-renowned chefs.

Her desire for a variety of cuisines, different cultures, and travel brought her to Berlin, Germany in 2012, where she started working as a savory chef. She has cooked extensively throughout Berlin in addition to spending time cooking in the south of France, building a reputation as an adaptable, reliable, down to earth plant-based chef.

Quality, presentation, and nutrition are all staples in Jennaras repertoire. She has successfully transformed classic cooking techniques and recipes into the creation of allergy conscious, health-focused food which is still exciting and full of flavor.

One of her talents as a chef is providing time-saving, nutritious, satisfying food for clients as well as helping to create lavish multi-course dinner menus. Her intuition and adaptability have created strong bonds and relationships between herself and employers. Although she does not like to be pinned down to one specific type of cuisine she has been described as creating California-Mediterranean influenced food; however, one does not have to look hard to find worldly flavors influenced from her travels shining through. 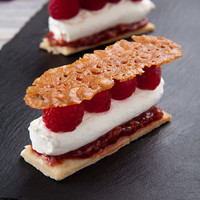