Chef Richard brings over two decades of hospitality expertise to the table. His portfolio expands from Culinary college on a two year full time course, then working in some of the finest establishments globally gaining AA Rosettes for his work, also working in Michelin restaurants across the UK, including, Miller Howe, Turnberry Hotel, international five star cruise lines, private households, yachts and luxury ski resort villas.
Richard is also a holder of a coveted, Salon Culiniere Gold Award, which was judged by, Chef Anton Mossiman.
Chef Richard has served on board yachts and in the private and charter sector since 2013. He has serviced in world class establishments as Executive Chef and Head Chef since 1988.
Having chartered extensively throughout Europe, North America, and the Caribbean, Chef Richard is very familiar with the top cruising destinations and where to source best quality ingredients even in the most remote locations.
From his experience around the world his inspiration and creativity introduces an International flair to the table, ranging from modern French, British, Italian, Greek, Thai, Indian, Fusion, Caribbean, Mexican, Chinese and Japanese styles. Along with dietary requirements.
Chef Richard holds several diplomas including Hospitality Management, Professional Cookery and various other patisserie and confectionery diplomas.
Chef Richard has been featured by caterer magazine in 1989 whilst working at the Bay Horse inn. In the English Lake district 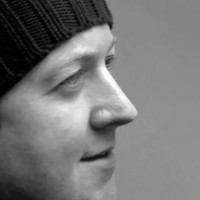